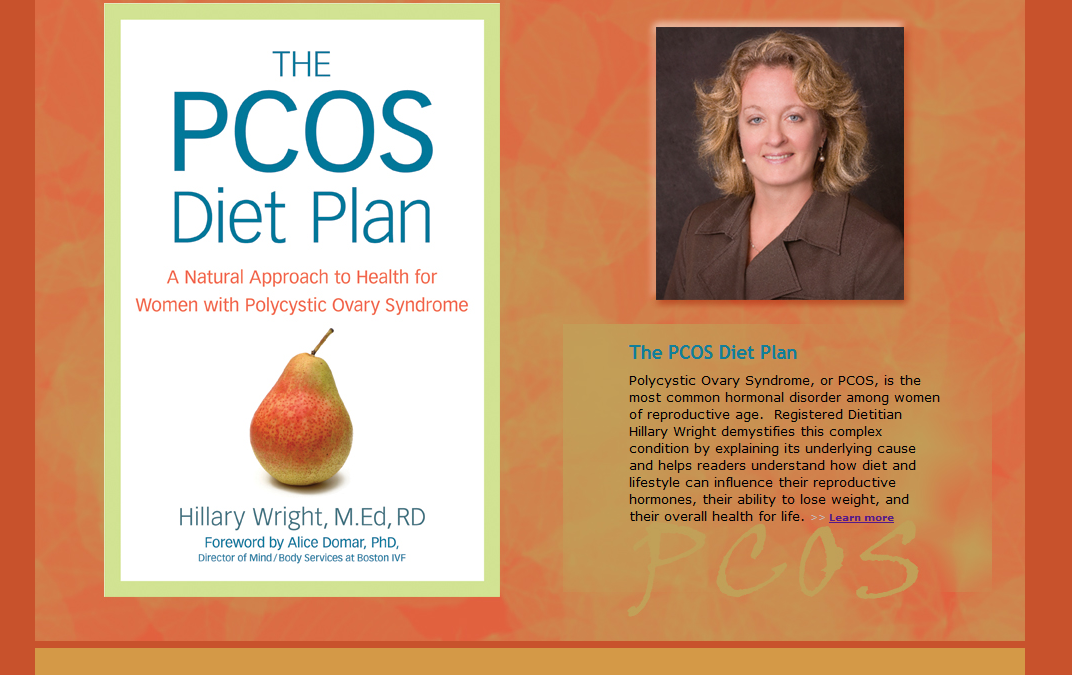 Many people have great book ideas, but in my experience most never act on them because it seems too big to tackle.

I know I felt, and still feel at times,  the same way.  I think what got me going on the first book, The PCOS Diet Plan, was the fact that I really saw a need for a book on this for a very desperate population of women, many of whom wanted to have children and this problem was getting in the way. I also had a lot of encouragement to write it from a lot of people, so that helped.  Larry Linder, my editor at the Tufts Health & Nutrition Letter, suggested I read Michael Larsen’s “How to Write a Book Proposal,” which helped me determine there was in fact enough information for a book, so I spent several months writing the proposal.  A networked a ton and eventually found my agent, Judith Riven, who after one failed attempt, two years away from the project, and a return go-round, sold the proposal to Globe Pequot, who then cancelled all their health books 3 months later.  Very, very long story, but ended well when another publisher who had also been interested in The PCOS Diet Plan, Ten Speed/Random House, was thankfully still interested.  Divine intervention, to say the least.

When I write it all out like that it sounds kind of nightmarish, and it had it’s moments, but overall I am so incredibly glad I talked myself into, not out of, writing a book.  For someone later in their career like I am, it’s been a great adventure that I would strongly encourage others to travel!